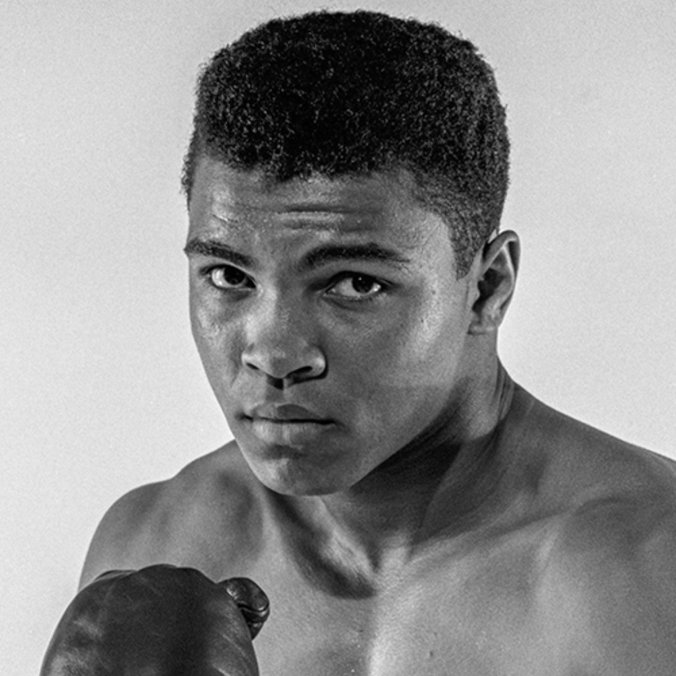 I had just changed out the tape in the camera when the man who called himself The Greatest walked in. Good lord, it was Mohammed Ali.

It was 1992 and I was working the odd job for Miami University’s A/V department, basically covering the hours that the regular staff didn’t want. While my fellow students were sleeping it off, I was at the lab, picking up my equipment and loading it on a dolly to drag across campus early on an April Saturday morning.

Normally these gigs were long winded professors who had put in a request for their lectures to be recorded for all eternity. I just had to set up my video camera on a tripod, hook the professor up with a lapel mic and let the camera roll.

I checked my schedule and that day promised to be a long wind-lollapalooza. “Great,” I thought, “a symposium.” I had 8 hours locked up in a lecture hall to look forward to on a beautiful April day. Well, tests were coming up and I needed the money so might as well get on with it.

I got there early and started to set up before anyone arrived. I heard the professors before I could see them. The were chattering away and basically ignored me in the back of the 100 person lecture hall. I made my way to the front to make sure the mics were ready before settling down with my books in the back next to the camera.

I don’t remember the hall being very full even though the event was open to the public and the topic was a bit more interesting than the usual fare. It was a symposium on one of the greatest boxers who ever lived, Mohammed Ali.

One by one, the professors took their turn at the podium to read their papers that focused on varied topics such as Ali’s political, historical, and religious impact on America and the world.

I believe it was at the start of the second presentation when I looked up sharply because the speaker seemed to have lost his place in his notes. He was staring at the two people who just walked through the doors. There was an audible gasp when the handful of people in the room recognized Mohammed Ali.

It was if they had mentioned his name one too many times and they had unwittingly summoned him to be there. Ali and his manager quietly took their seats, the lecturer cleared his throat and tried to continue.

It is one thing to write a paper and criticize an icon, it’s another if he is sitting there six feet away listening to your every word. Like if you would write a critical paper on Michaelangelo and he walks in to listen with a raised eyebrow.

At one point, one of the lecturers read the part in his paper about Ali dating white women. Ali slowly held up a finger that trembled slightly, and slowly admonished the speaker. The lecturer laughed uncomfortablly but he had to carry on.

Some parts were boring, both he and his manager would look around the room at times. Once, his manager caught my eye when I looked up from my books and rolled his eyes dramatically. I tried not to giggle. It seems the three of us were the only ones not taking ourselves too seriously.

During a break, Ali stood up and was very kind to his fans, slowly signing autographs and doing magic tricks for the few people there. I quickly took the camera off the tripod and started shooting footage. He looked at me, looked at the camera and shaking slightly, pointed right at my lens. Like he used to do. Wow. Wow. wow. wow. Chills.

Several hours later after the last person spoke, the host got back up on stage for his closing remarks. Everyone applauded and the symposium was finally over. As I was collecting my equipment from the stage, I overheard them talking about the reception. I was hungry but I could feel that I would not be welcome to join them. The professors did not even thank me nor aknowledge me as they left the room.

I was the last to leave the hall and I slowly pulled the dolly behind me down the empty hallway. As I was walking out, I saw two people in one of the alcoves on a pay phone. It was Ali and his manager. Their eyes lit up with recognition when they saw that it was me and both gave me a friendly wave goodbye.

They didn’t have to. They could have ignored me like the others. But they didn’t. Ali might be considered the Greatest for the impact he made in so many domains… I think he was the Greatest because he didn’t make you feel like you were anything but.